And we’re not just whomping on the whack-a-doodle named Professor Michael Osterholm, who upon being named to Biden’s COVID-19 task force, promptly called for a 4-6 week national lockdown.

While that’s as grotesque a violation of both constitutional liberty and economic sanity as can be imagined, the fact is, elected officials from coast-to-coast are fixing to do it again including a lot of Republicans like the doltish Gov. Larry Hogan of Maryland. And it’s all owing to the rising “case” count from the completely flawed PCR tests, which are being unnecessarily administered to millions of healthy but frightened Americans with reckless abandon.

That is to say, after nearly nine months of Covid-Hysteria and the mindless parade of WITH-Covid cases and deaths on the cable TV Chyrons, officialdom from both parties can no longer even process the basic facts of the pandemic, including the cardinal fact that it is not a mortal threat to 98% of the population.

Moreover, they have no clue that they are pursuing the impossible but horribly destructive goal of stopping the spread of a virus that cannot be stopped via non-pharmaceutical interventions. Nor should it be stopped because it is the natural immune systems of the relatively healthy population that kill the virus one victory at a time, thereby breaking the chain of contagion and ultimately minimizing its threat to the general population or the so-called “herd”.

But we are so deep into the Covid-Hysteria now that the awful force of Recency Bias rules the roost. Officials simply assume that it’s their job to keep the case numbers down—by whatever means necessary—because they have been told over and over that this is the prime metric of success in the war to eradicate the Covid; and because if they don’t do so, proportionate illnesses, flooded hospitals and deaths will inexorably occur.

So once again, as the case count has reached more than 100,000 per day during November (thru the 11th) compared to 39,700 in September and 26,870 in June, the “closed” by order of the governor or mayor signs are again cropping up all over the nation—-a stampede the the Covid-totalitarians around Sleepy Joe are sure to exacerbate whether their man has been duly elected or not. 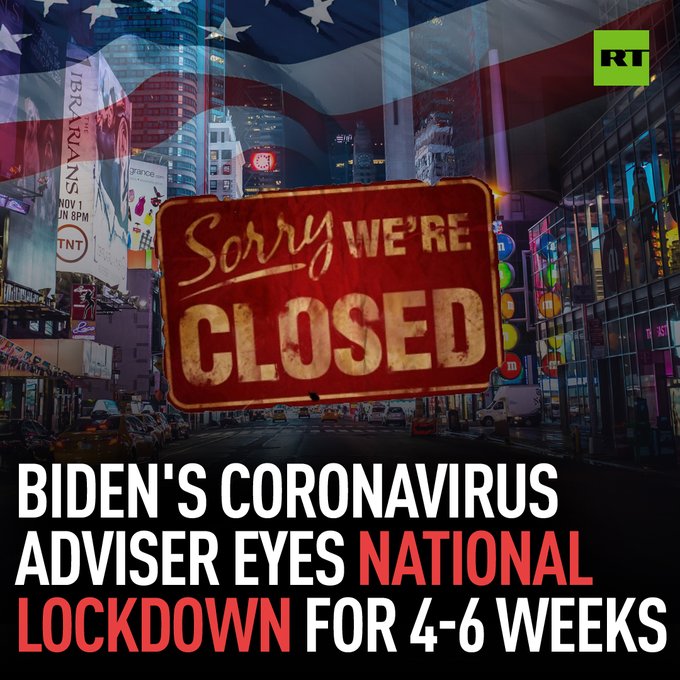 As we have often indicated, the true import of a daily case count that is more than 3X higher than the 29,200 per day reported during the severe outbreak month of April is that testing of healthy people has gone bonkers, and that the flawed PCR test is reporting millions of false positives. That is, binary “positives” that occur when specimen amplification exceeds 30-35 cycles and thereby finds not live virus but RNA fragments of past colds and flu or “dead nucleotides” as the sainted Dr. Fauci put it himself.