If the Donald’s claims about the Greatest Economy Ever, shutting down business to save 2.5 million lives and the “V” shaped recovery are wrong-headed and bogus, his campaign promise that the best is yet to come is downright preposterous.

The fact is, he inherited a troubled debt- and speculation-ridden economy and the most destructive fiscal and monetary policies in American history, and he did what?

Why, he doubled-down. No, make that tripled down!

The stock market at 3500 on the S&P 500 means the speculative mania that has been sucking capital out of the main street economy for years via rampant financial engineering has now reached its destructive apogee—-even as the nation’s fiscal and monetary policies have gone full retard Banana Republic.

After all, there is no other way to describe a fiscal outcome for 2020, where the Federal government will spend $7 trillion but borrow $4 trillion, which is actually more than it collects in revenue ($3 trillion). The same goes for a central bank money printing spree last spring in which the Fed was issuing upwards of $100 billion per day of fiat credit snatched from thin digital air. 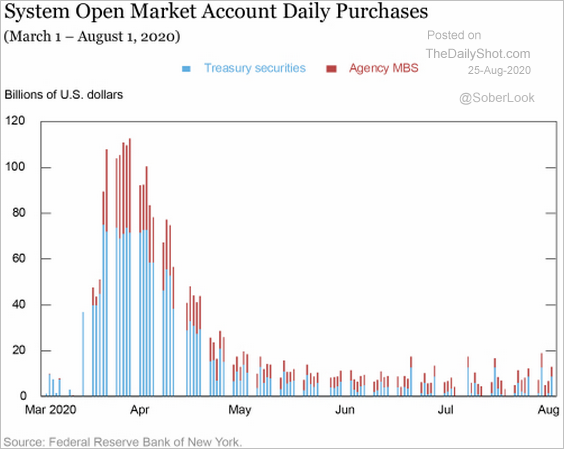 In this regard, the Donald’s GOP convention acceptance speech said it all. It proved—if there was ever any doubt—that he is just an opportunistic ersatz populist, who has zero affinity for conservative economic doctrine and no clue whatsoever about what actually ails America’s debt-zombified economy.