After the last few days it should be pretty obvious that the whole system is haywire. Self-evidently, the Fed is a clear and present danger owing to its essential Keynesian modest operandi. That is, the inflation of massive bubbles and financial malignancies in a misguided effort to goose jobs, spending and GDP, which end up bursting and taking the main street economy down with the ride.

But you also know that things have gone haywire when there are virtually no political officials left on either end of Pennsylvania Avenue standing up for free markets, fiscal rectitude, sound money and personal liberty and responsibility.

We are specifically talking about the fact that the Trumpified GOP is now completely AWOL on any and all economic matters that count. All the mighty powers of the Federal government to intervene in the private economy and undermine capitalist prosperity are now up for grabs depending upon the partisan exigencies of the day and whatever new hobby horse strikes the Donald’s fancy at any given moment.

Before we get into the details, please know this: Without a stern fight from the GOP, all the assembled forces of the Imperial City—the Dems, the bureaucracies, the K-Street grifters and racketeers, the social uplift lobbies and NGOs, the remnants of organized labor, the liberal media—-militate toward use of the state’s fiscal, tax and regulatory powers to block, distort, supplant and overrule the free market forces which are the wellspring of capitalist prosperity.

Needless to say, as we approach the 2020 election, the GOP’s abandonment of its historic principles is more ominous than ever because it means that the Donald is in the driver’s seat, and truly nothing could be more dangerous.

After all, how can it be argued that the Donald is even a Republican? Nor can it be denied that the very idea he is an economic conservative amounts to a hideous joke.

The truth is, he stands for nothing other than his own glorification and the abuse of his office to feed his brobdingnagian ego. And at the moment that means resorting to any and all acts of expediency that may help to keep the stock averages alive and, therefore, the Donald’s desperate need for constant psychic gratification momentarily satisfied.

The truth that Donald Trump is an economic ignoramus completely devoid of principles was on display again this morning at 10AM, when today’s dead bat bounce was beginning to falter. So for want of any other immediate grenade to toss—his own staff at the point was shocked by his ex cathedra announcement Monday evening that a big payroll tax cut was on the way—he launched another twitter-storm against the Fed:

Our pathetic, slow moving Federal Reserve, headed by Jay Powell, who raised rates too fast and lowered too late, should get our Fed Rate down to the levels of our competitor nations. They now have as much as a two point advantage, with even bigger currency help. Also, stimulate!

Oh, c’mon. This is not only superficial, ignorant claptrap, but the fact that no GOP congressional leader has even chastised him for his utterly reckless and stupid attacks on the Fed tells you all you need to know.

These Washington folk—of both parties—no longer even have a clue about what sound money actually is or that the Keynesian money-pumpers in the Eccles Building are essentially monetary house-wreckers who are systematically eviscerating the main street economy.

But for want of doubt, just consider the Donald’s above-quoted charge that the Fed raised rates “too fast” during the 38 months on his watch.

Actually, during the 104 months prior to the Donald’s arrival at the Oval Office—between April 2008 and December 2016—the Federal funds rate was consistently below the running inflation rate. That is, 104 continuous months of negative real money market rates—-a destructive financial aberration that did absolutely nothing for main street, but did fuel endless, destructive carry trade speculation on Wall Street.

So, yes, it was way, way past time for the wanna be monetary central planners in the Eccles Building to get their Big Fat Thumb off of the short-term interest rate, thereby at least giving the carry trade gamblers on Wall Street a cost-based reason to think twice about their next momo chase.

As it happened, it took the tip-toeing ditherers at the Fed two full years until December 2018 to finally get the Fed funds rate (red line) above the running inflation rate (blue line), as measured by the year-over-year increased in the 16% trimmed mean CPI.

Even then it was only by a hair and we are not talking metaphorically. When the Fed allegedly got its policy rate too high in December 2018, it stood at 2.27% compared to the running inflation rate at 2.25%.

Two basis points of real yield and the Donald’s is off the deep end shit-storming about high rates. There really is nothing this ludicrous in all of modern US history.

Moreover, as shown in the chart, the first smidgeon of real money market cost in more than a decade lasted for a grand total of seven months.  Then when the Fed commenced its interest rate cutting campaign at the very tippy-top of the longest business expansion in history, the effective funds rate dropped to 2.13% last August even as the running inflation rate ticked slightly higher to 2.28%.

Thereafter, it has been off to the races into deep negative real rate land. After the Fed’s egregious capitulation to the combined forces of the Oval Office bully and the Wall Street whiners last week, the running inflation rate of 2.41% (January year/year) stands 136 basis points higher than current pegged funded rate at 1.05%.

In a word, what in the hell is he talking about?

And do the Republican sheeples on Capitol Hill really think that a monetary policy guaranteed to fuel rampant speculation and eventual bursting bubbles can possibly be justified? Or that eventually it will not bring the political house down on their own heads?

That is to say, maybe the Clintonista establishment will snuff out Bernie’s soak the rich gospel during this primary election go-round. But you can only foster so much speculative windfall to the 1% and the 0.1%, who actually grab most of the loot from Wall Street’s cost-free speculation via hedge funds and so-called structured finance, before the left-behind demos will come alive and put a next generation Bernie sans the socialist label in the White House. Then again, does even the Donald really want a negative -1.00% money market rate, which would presumably eliminate the “two point advantage” he was blathering about this AM?

The very idea of it smacks of pure monetary madness. It would literally savage what is left of the main street saving class, on the one hand, while igniting a final blow-off ramp on Wall Street that would surely bring down the house of financial cards which has been building for three decades now.

Worst still, there is no basis in historical fact for believing—for crying out loud—that today’s 1.05% Feds funds rate or the 2.30% level that prevailed briefly in early 2019 is too high.

Here is the 180 month history of the halcyon days of US prosperity between 1955 and 1970.  During most of the period the Fed funds rate (red line) averaged between 2.5% and 5.0%, and during only 12 months of the 180 month perid did it  temporarily dip below the inflation rate.

Needless to say, the Donald was not done with his re-elect me at any price ad hocery with his morning excersize in Fed bashing. During the afternoon he told an assembled GOP contingent on Capitol Hill, that the currently red ink bleeding US Treasury was no problem when it comes to doing whatever it takes:

Donald Trump told Republican senators on Tuesday that he wants a payroll tax holiday through the November election so that taxes don’t go back up before voters decide whether to return him to office, according to three people familiar with the president’s remarks.

Well, here’s the thing. When the Donald got lucky and ascended to the Oval Office in month #90 of the business expansion, there was much in the landscape of good old capitalist forward motion that he could falsely take credit for, and he has with his constant braggadocio about cyclically low U-3 unemployment rates for young, old, black, white, brown and albino workers, too.

But on top of that, he insisted on going off the fiscal deep-end. Since January 2017 the Federal deficit has been soaring at the very time in the cycle it should have been reined-in.

Back then the net public debt stood at $19.6 trillion and today it has already hit the $23.1 trillion mark. Yet he now wants to essentially cancel until after election day the second largest source of revenue coming into the nations depleted fiscal accounts.

It’s a level of opportunistic foolhardiness that literally defies all historic precedent. Neither FDR, LBJ or even Barrack Obama ever even contemplated something so fiscally reckless.

Nor is that the end of the matter. It is also being leaked that the Donald’s shale patch buddies have convinced him to support a bailout from the momentary pain of $30 oil. The White House spin doctors are merely scampering about for some way to disguise and obfuscate what is a truly outrageous and shameless raid on the US Treasury.

As we will examine further in the days ahead, the US shale industry is already living off a state-subsidized lifeline thanks to the fools in the Eccles Building and the reckless scramble for “yield” they have touched off among fund managers. To wit, the shale drillers have raised upwards of $300 billion to keep shoving costs down the well-pore at a rate which keeps the industry expanding—even if it never generates a dime of sustainable net income and free cash flow.

Needless to say, in an honest free market most of this capital would never have ended up being destroyed in the shale patch.

So now that the Saudi’s and Russians have finally decided to stop artificially propping up their own competition, we now have a GOP president and band of ersatz socialists on Capitol Hill who are not in the slight bit reluctant to shit-can the free market, too. 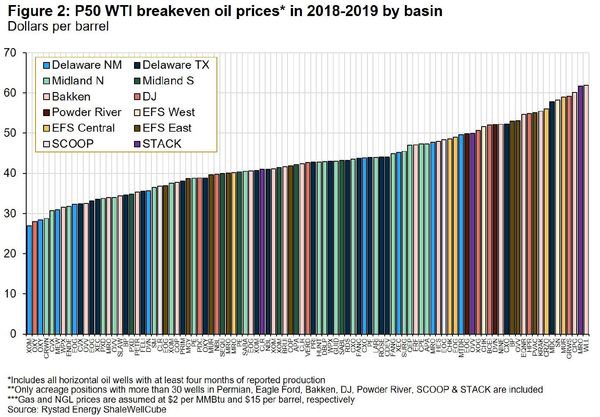 Needless to say, the reason to stay out of the casino during these treacherous times is that the essential foundations of capitalist prosperity and sustainable earnings growth are now being hammered by the very party which is supposed to be their defender.

So there is no dip to buy.