If you don’t think the world has become unhinged, consider just a few of the top ticks from today’s madness:

There’s much more where those came from, but the trail of each leads back to a common cause. Namely, that the central banks of the world led by the Fed have enabled an outbreak of irrational, destructive behavior by virtually every segment of the public and private sector that would have been unthinkable before the era of massive asset price falsification and monetization of the public debt.

Let’s start with the Virus Patrol and lockdowns. Back in 1968-1969, the Hong Kong flu struck, hitting the US in two waves in the spring of 1969 and again in the fall. By CDC estimates the mortality rate attributable to the H3N2 strain of the virus was about 50 per 100,000.

As of yesterday, the CDC’s more expansive and inclusive count of WITH-Covid deaths in the US was 45 per 100,000. Except today much of America is still huddled behind lockdown orders, masks and the near complete elimination of large scale social gatherings such as sporting events or even political conventions.

By contrast, here is what was happening in the summer of 1969 smack dab between the two waves: Woodstock! 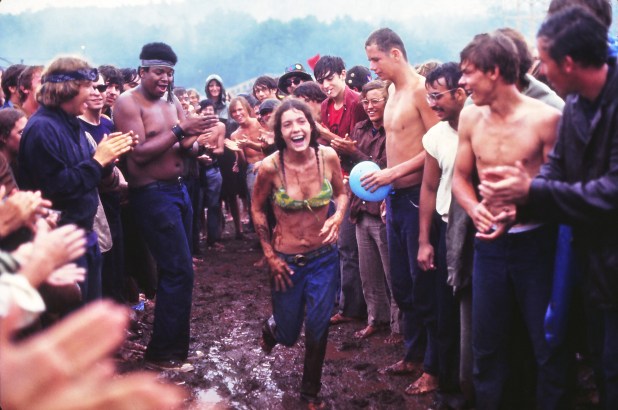 Nobody dreamed of Lockdown Nation during 1968-1969 for one simple reason: The society-crushing impact of one-fifth of the labor force unemployed like at present (there are currently 31 million receiving Federal and state UI benefits out of 160 million workers) would have been unthinkable because nothing remotely resembling today’s Everything Bailouts would have been conceivable.