He’s got to be kidding. But in his very best Elmer Fudd impression, our clueless Fed Chairman did say at his post-meeting presser that—

No, it’s in an alternative universe where common sense, historically validated financial principles and empirical data do not matter at all. Instead, it’s all about an insular Wall Street/Fed narrative—an ever-changing pastiche of alibis, canards, excuses, palliations and superfluities—which have the sole purpose of levitating the stock indices from one sky-hook to the next.

But today’s brain dead performance by Powell was surely his greatest homage to futility yet. It puts us in mind of Elmer Fudd’s signature catchphrase,

That’s right, folks. The Fed is just hunting more growth and 2.00% inflation, and it do mean to catch them! 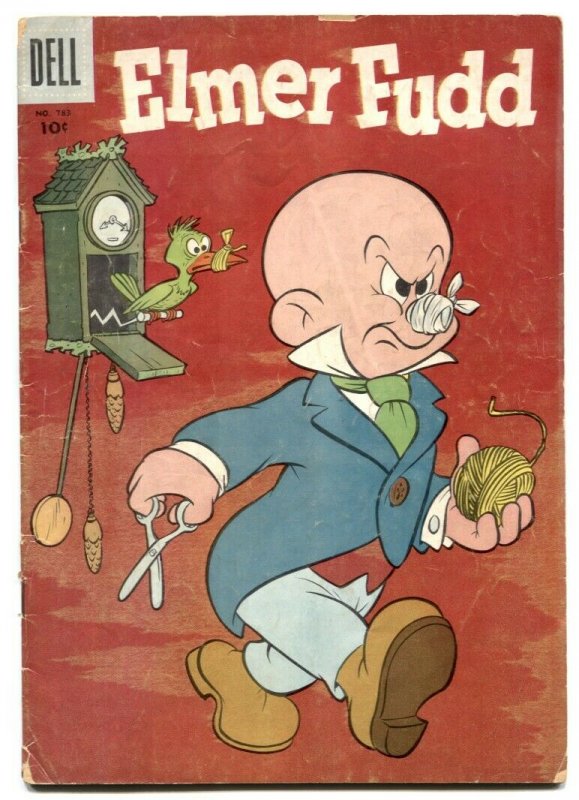 The truth, however, is that the Fed is not going to catch anything on main street because its relentless machinations impact almost nothing outside the canyons of Wall Street. So the whole narrative about Economy is absolutely content free. It’s about as uncoupled from empirical reality as it gets.

In Powell’s case especially, every post-meeting presser is just an exercise in pre-planed word-smithing, pointless hair-splitting and obeisance to the gods of in-coming data.

After all, that’s the very beast the Fed claims to be taming, training and  stimulating. If Powell said it once today, he invoked the “strong consumer” a dozen times, implying that the Fed’s past policy exertions have been just what the doctor ordered to keep the 70% consumption share of GDP trucking forward.

Except, where’s the correlation? During the six years since the financial crisis fully ended in 2013 (according to the Bernank himself), the quarterly gain in real PCE has been all over the lot—ranging from a low of $8 billion (SAAR) to a high of $147 billion.

Indeed, during the last six quarters when the Fed claims to have pivoted from raising rates, to pausing, to mid-cycle cutting, the real PCE change resembled the path of a drunken sailor. The respective quarterly gains from Q2 2018 forward were $126 billion, $111 billion, $47 billion, $37 billion, $147 billion and $94 billion.

The excuse, of course, is that Fed policy operates with lags. But that crucial variable they never quantify—they just wave their rhetorical arms at some foggy notion of “down the road”.

Needless to say, there is no accountability or “fact-checking” by the complicit financial press. Nor, heavens forbid, by all those highly paid Wall Street economists and strategists. Instead, the Wall Street crowd just moves on to the next Fed meeting and the next iteration of the same old content-free, self-justifying narrative.

Yet it doesn’t take a lot of data crunching to understand why. That’s because, actually, there is no there, there.