Last night we heard some knucklehead on the War Channel (CNN) braying about Ukraine as a vitally important “ally and strategic partner”. The implication, of course, was that the Donald’s attempted squeeze play on its new President was dangerously undermining national security.

The safety and security of the American homeland has absolutely nothing to do with it. That’s because Ukraine is a no count, strategically irrelevant patch of earth that was long ago ruined by the old Soviet Union, and thereafter turned into an economic trainwreck by its own corrupt oligarchs—along with plenty of help from Washington interventionists.

The latter spent the post-Soviet years fomenting “color revolutions” and attempting to steer its politics toward the west and NATO membership. But when the Ukrainian people elected a pro-Russian president in 2010 and all efforts to bribe and bully him westward failed, Washington instigated, funded and instantaneously recognized an illegal putsch on the streets of Kiev in February 2014.

That blatant, unprovoked assault on a sovereign nation, in turn, set in motion a destructive civil war internally; a dangerous and utterly unnecessary politico-military confrontation with Russia on its own doorstep; and, now, a hysterical campaign by the House Dems and their Deep State allies to impeach a duly-elected American president for the sin of wading into the very cesspool of corruption that the Washington establishment itself foisted upon this hapless, $150 billion sliver of a failed state and crippled economy.

The latest dispatch from the Wall Street Journal on the stench wafting westward from Kiev reveals more about the rotten foundation of UkraineGate than its authors probably understood.

Burisma Holdings’ campaign to clean up its image in the West reached beyond the 2014 hiring of Hunter Biden, son of the then-U.S. vice president, to include other well-connected operatives in Washington, according to officials in both countries and government records.

The Ukrainian company, owned by tycoon Mykola Zlochevsky, also hired a lobbyist with close ties to then-Secretary of State John Kerry, as well as a consulting group founded by top officials in the Clinton administration that specialized in preparing former Soviet-bloc countries to join NATO (Blue Star Strategies).

Soon the efforts bore fruit. With the help of a New York-based lawyer, Mr. Zlochevsky’s U.S. consultants argued to Ukrainian prosecutors that criminal cases against the company should be closed because no laws had been broken.

Burisma later became a sponsor of a Washington think tank, the Atlantic Council, whose experts are often cited on energy and security policy in the former Soviet Union.

Simple translation: Zlochevsky was an ally, office-holder (minister of ecology and natural resources) and inner-circle thief in the ousted government of Viktor Yanukovych. He therefore needed to powder the pig fast and thoroughly in order to hold onto his ill-gotten billions. 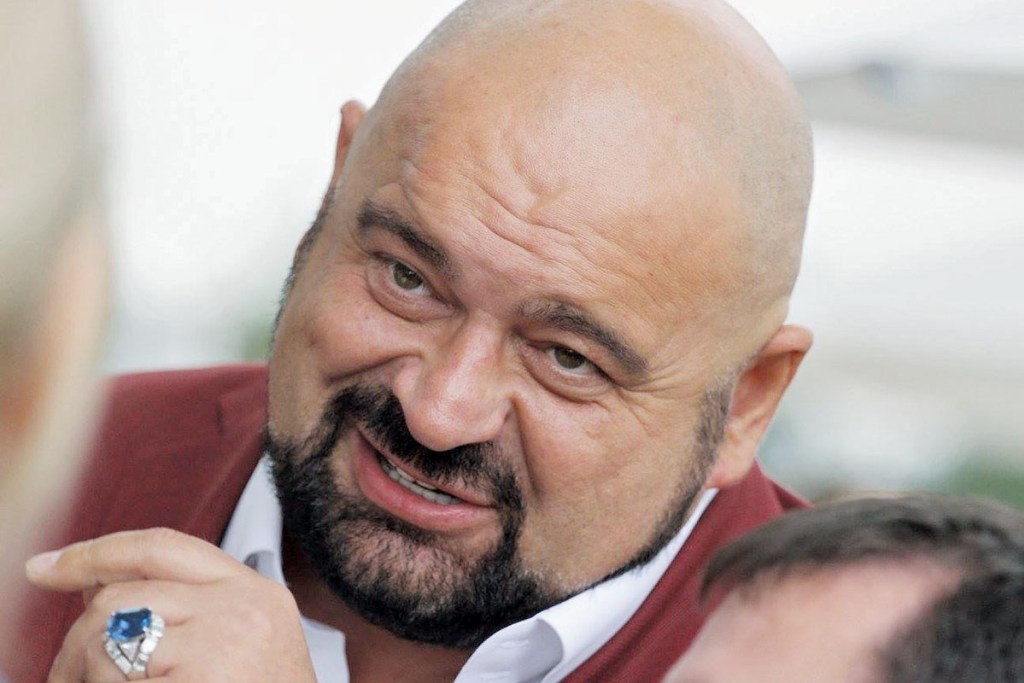 So he hired the best Washington influence peddlers that money could buy under the circumstances. First up was Hunter Biden, because his old man was running point on what amounted to the puppet government Washington had installed in Kiev, and Devon Archer, because he was a former bundler for former Senator (and then Secretary of State) John Kerry.

But so as to leave no stone unturned, Zlochevsky also had Burisma hire another Washington influence peddler just one month after Biden the Younger joined the board in April 2014. Again, according to the WSJ, the additional lobbyist firepower came from one,

Needless to say, only in Imperial Washington would all the above named arms of the US government care a whit about “transparency and good governance” at a two-bit gas producer in Ukraine. During 2018, for example, the company produced the trivial sum of 1.3 BCF of natural gas and booked revenues of just $400 million—a rounding error in just about any energy market that matters.

But as it happened, Washington was calling the shots in Kiev, and Burisma needed its government licenses and gas concessions. So the lobbying happened on the banks of the Potomac where the real power was actually exercised.

Finally, the Clinton wing of the Washington racketeering system had to be covered, too—hence the above mentioned Blue Star Strategies. And the bolded sentence from the WSJ story quoted below tells you all you need to know about its business, which was to “….help former Soviet countries prepare for NATO consideration”.

That’s right. With the Soviet Union gone, its 50,000 tanks on the central front melted-down for scrap and the Warsaw Pact disbanded, the rational order of the day was to declare “mission accomplished” for NATO and effect its own disbandment.

The great parachuter and then US president, George Bush the Elder, could have actually made a jump right into the giant Ramstein Air Base in Germany to effect its closure. At that point there was no justification for NATO’s  continued existence whatsoever.

But the Clinton Administration, under the baleful influence of Washington busy-bodies like Strobe Talbot and Madeleine Albright, went in just the opposite direction. In pursuit of Washington’s post-1991 quest for global hegemony as the world’s only superpower and putative keeper of the peace, they prepared the way for the entirety of the old Warsaw Pact to join NATO.

So doing, however, they also laid the planking for a revival of the cold war with the Kremlin. As the father of containment and NATO during the late 1940s, Ambassador George Kennan, observed at the time, the Clinton Administration’s policy of expanding NATO to the very doorstep of Russia was a colossal mistake.

It not only violated Bush the Elder’s pledge to Gorbachev at the time of German reunification that NATO would not be expanded “by a single inch to the east”, but also set Washington on a confrontation path with the rump state of Russia that posed no threat whatsoever to America’s homeland security.

Moreover, in the case of Ukraine  specifically, it had not simply been a Warsaw Pact “captive nation” like Poland or the Czech Republic. It had actually been an integral component of the old Soviet Union, and before that a vassal and sometimes province of Czarist Russia.

As the 1897 map below indicates, what is today Ukraine barely even existed as an independent state (dark yellow area) during the final centuries of the Russian Empire; and the Russian-speaking regions in what is today eastern Ukraine (yellow area on the map) had actually been known as “New Russia” owing to the Czarist policy of settling Russians there to provide a bulwark against encroachments by the Ottoman Turks.

Indeed, Crimea (orange area) had been actually purchased from them by Catherine the Great in 1783 to complete the Russification of the region north of the Black Sea. It had never been even remotely a part of Ukraine until its mainly Russian-speaking population was transferred to the Soviet Socialist Republic of the Ukraine by Khrushchev in 1954 as a reward to his Ukrainian compatriots for their support during the post-Stalin struggle for power in Moscow.

Moreover, the Ukrainian Soviet Republic, which had been largely incorporated by Moscow in 1923, had a modern bloody history that was always a civil war waiting to happen.

To wit, western Ukraine had sided with the Nazi and Hitler’s Wehrmacht as it brutally made its way through Ukraine to the siege of Stalingrad during WWII, while eastern Ukraine had lined up with the Red Army during its equally bloody campaign of destruction and revenge as it chased the defeated Nazi army back to Berlin after 1943.

So the very idea that Ukraine should be induced to join NATO was beyond the pale—and most especially after Washington had recruited modern-day political descendants of the WWII pro-Nazi brigades to replace the Yanukovych government in March 2014. Washington’s obtuseness to this history reflected pure imperial arrogance.

What is worse, of course, is that no count apparatchiks from the Clinton machine—Sally Painter and Karen Tramontano—had cashed in on this madness by setting up a practice in helping Washington to meddle in places where not an iota of homeland security was at stake.

As the Wall Street Journal noted, Blue Star Strategies had no compunction about using its Clinton and Biden connections in behalf of Burisma—-notwithstanding the odor of oligarchical corruption which surrounded it,