For the last five years the S&P 500 has been dancing up its ascending 200-day moving average (200-DMA), bouncing higher repeatedly whenever the dip-buyers did their thing. Only twice did the index actually break below this seeming Maginot Line: In August 2015, after the China stock crash, and in February 2016, when the shale patch/energy sector hit the wall.

As is evident below, since the frenzied peak of 2873 on January 26, the index has fallen hard twice—on February 8 (2581) and March 23 (2588). Self-evidently, both times the momo traders and robo-machines came roaring back with a stick-save which was smack upon the 200-DMA.

But here’s the thing. The blue line below ain’t no Maginot Line; it’s just the place where the Pavlovian dogs of Bubble Finance have “marked” the charts. And something is starting to smell. 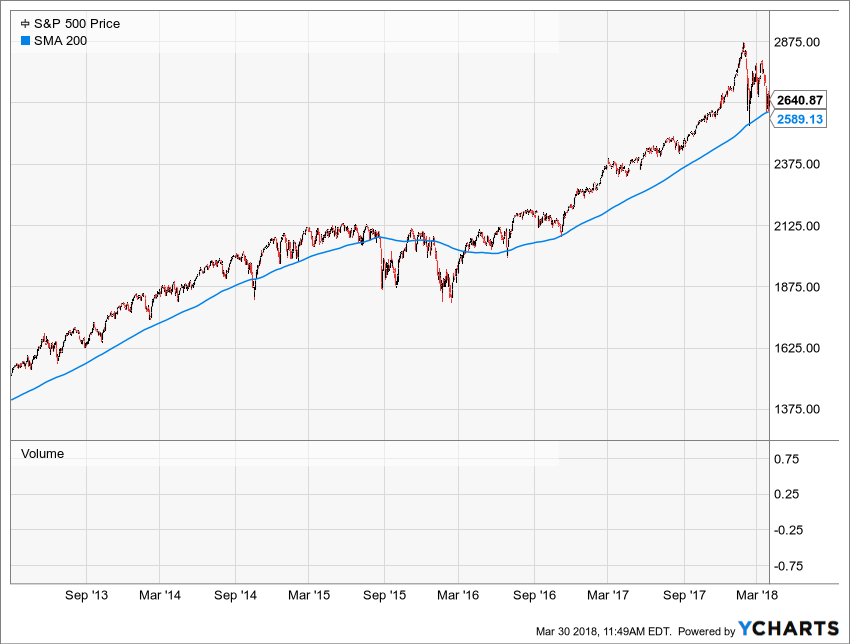 In fact, it’s starting to smell very much like an earlier go-round when Pavlov’s 200-DMA barkers had enjoyed a prolonged ascent—-only to find an unexpected cliff-diving opportunity at the end.

We refer to the nearly identical five year run-up to the March 2000 top at 1508 on the S&P 500. Back then, too, the 200-DMA looked invincible, and had only been penetrated by the August 1998 Russian default and the Long Term Capital Management meltdown a month later.