After today maybe it will dawn on the dunderheads in Washington that playing the role of global Spanker-in-Chief does not come on the cheap. Then again, when is the last time politicians understood that massive intervention in private economic life can produce vicious second, third and fourth order effects?

So just like that we are back to $130 per barrel oil, and that’s merely based on public musing from Secy Blinkey about the possibility of a US embargo on Russian oil. What’s not being reckoned with, of course, is where the energy and commodity markets will be when the hot war in Ukraine comes to an end.

That is to say, it is only a matter of time until Kiev surrenders to the Russians, with or without their clown car president signing the armistice. But that deal will be so onerous from Washington’s perspective that it will mark not the end of the sanctions war, but an excuse for their actual intensification and indefinite prolongation.

When that becomes the reality, however, inflationary hell will break out all over the place. And the Fed’s decades long experiment in egregious, inflationary money-pumping will splatter ignominiously all over the Eccles Building. 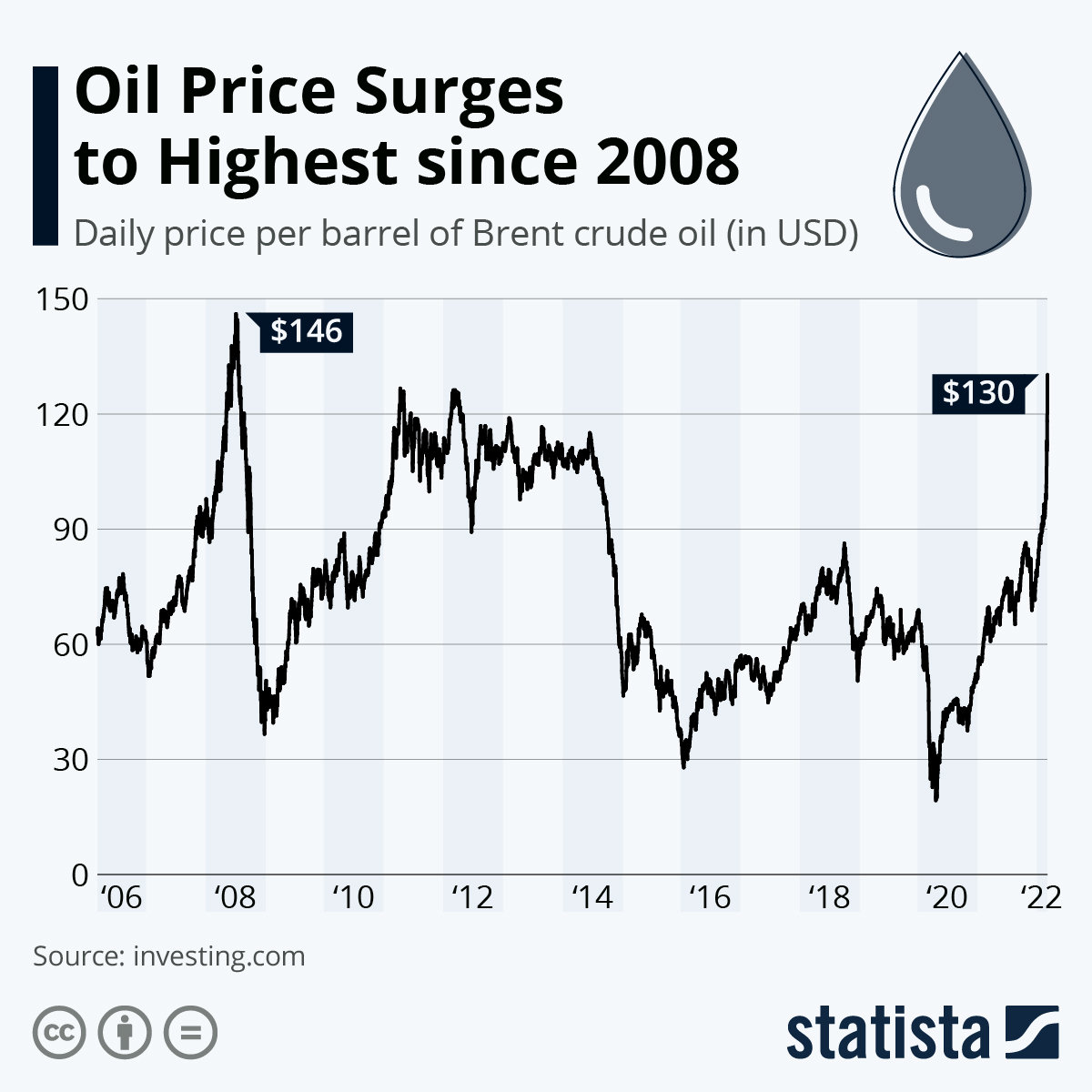 To reprise, here is what the post-armistice Ukraine will look like:

Needless to say, Washington will denounce the armistice agreement as a fraud and outrage and the Ukrainian government as a Quisling sacrilege. So doing, it will also demand that the real patriots go underground and fight their Russian overlords to the last Ukrainian standing.

In the meanwhile, it will hold their coats and swords, reminding Ukrainian patriots being egged-on to the slaughterhouse that Washington is doubling down on the “sanctions” war against Russia and will continue to press the case until Putin cries “uncle” and renounces the armistice settlement. 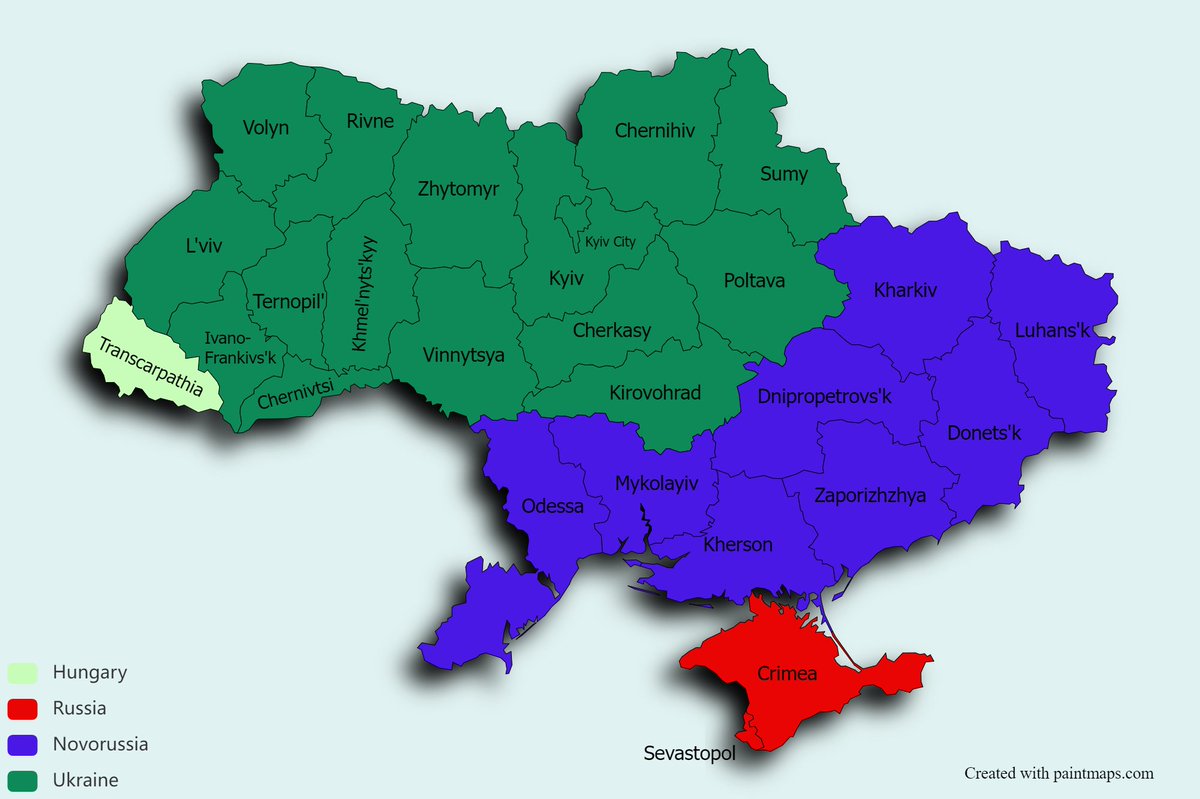 Ironically, it now appears that commodity markets have been so drastically roiled by the action to date that the 144% gain in the CRB total return index year-to-date is the strongest start to the year since 1915 and that includes every war and global shock along the way.

Stated differently, Washington’s war on the global trading and payments system is now open-ended and can theoretically go on for years. That’s because the Russian-loathing, Putin-demonizing Dems now in charge of policy in Washington cannot even see straight when it comes to the real issues of the conflict.

That is to say, there is absolutely nothing wrong with the partition vetted above, nor with Putin’s proposed new security arrangement which would have NATO move its missile bases to the pre-1999 status quo ante, as well as the re-garrisoning of US and western military forces to the old NATO territories.

But these plausible solutions are so far removed from the war fevers now raging on the Potomac that there is not a snowball’s chance in the hot place of Washington embracing a negotiated solution to the Ukrainian war that its obstinance precipitated. It will actually take a historic GOP sweep in the 2024 elections to clear the decks of Putin/Russian demonization, and even that would not make a difference if the bloody-thirsty neocons and military hawks retained control of the GOP 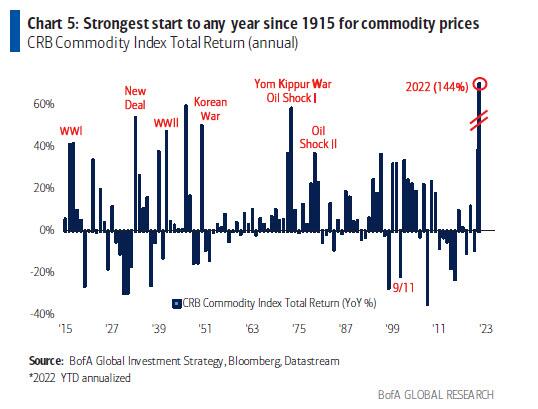 Here’s the thing. Double digit inflation is now guaranteed and it will be long-lasting. That’s because the Fed is occupied by what amount to anti-Volckers. That is, group-think addicted Keynesian crackpots who are so clueless about the dire inflationary fires now raging that they are still buying bonds (QE) and planning only a tepid 25 basis point rate increase later this month when actually hundreds of basis points of rate increases are needed ASAP.

In meanwhile, American workers are about to get decimated with double digit inflation. And that comes on top of the fact that real wages have already dropped by 3% from April 2020.  One year from now real wages are likely to be down by 10% or better, meaning that stagflation is about to hit the US economy with malice aforethought. Here is just one example. Nickel spot prices are now up by nearly 5X and are merely illustrative of the inflationary firestorm now gathering a head of steam around the plant. There is far more to come. 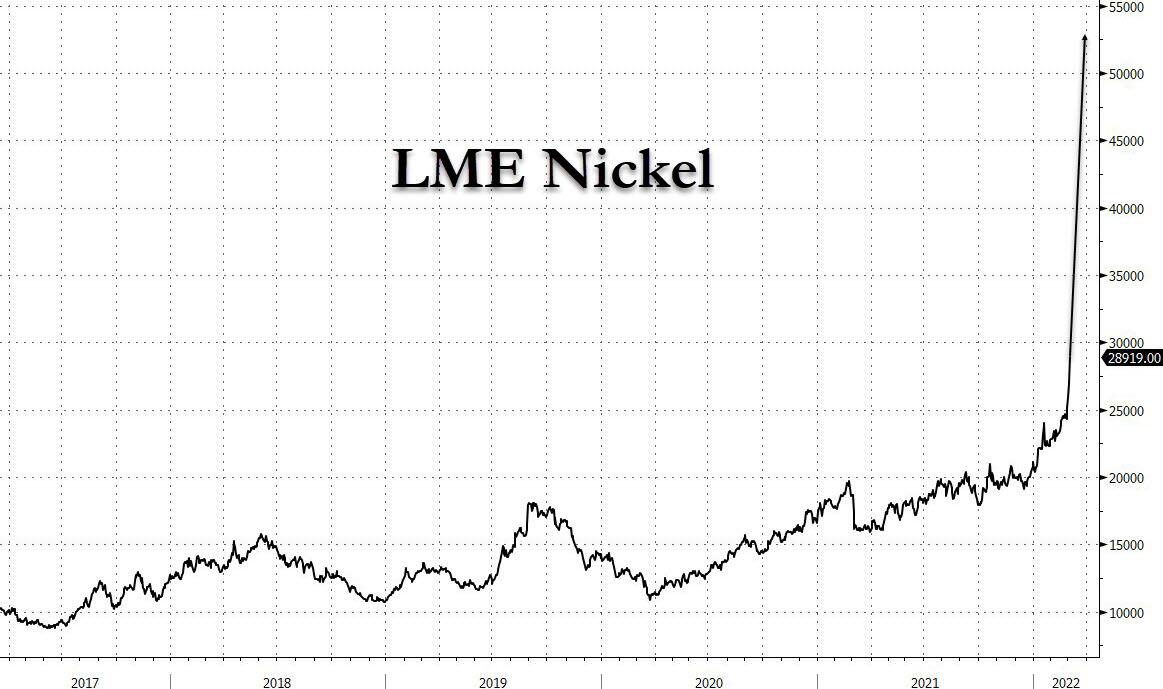