In case you were wondering, the Wall Street Journal splain’d it all in a mid-day posting:

The Dow industrials added as many as 500 points on speculation that economic growth will prove to be resilient as fiscal and monetary policies blunt the impact of the coronavirus outbreak on China’s economy.

Never mind that China is literally going off-line (to say nothing of off its rails) as the Red Emperor imposes marshal law and places upwards of 50 million citizens under house arrest.

Consequently, supply chains all over the world are beginning to buckle. That was crystalized by today’s announcement that Hyundai Motor Co. and its sister Kia Motors Corp. suspended auto assembly lines in South Korea after it was hit with a parts shortage from China as the coronavirus outbreak continues to leave entire manufacturing hubs shut down.

But there is no fear among the frenzied capitalist punters on Wall Street. That’s because the coronavirus will allegedly be all gone by spring, at which time any Q1 hits to growth and earnings will be given a hall pass to be written off as one-time inconveniences and dismissed as ancient history.

Needless to say, the current giddiness in the casino is not rooted in a decent regard for capitalism’s inherent risks and volatilities, but in the worship of purportedly all-powerful economic agents of the state. The fiscal and central banking authorities are presumed to always and everywhere have the back of financial speculators and to exist mainly to underwrite their entitlement to ever-rising financial asset prices, world without end.

So they are buying the rips not in reasonable anticipation of capitalism’s “resilience”, but owing to blind faith in the state. Namely, that the central banks will come to the rescue with still another tidal wave of dishonest money and that China will remain the world’s awesome “growth engine” as Emperor Xi locks-up the sick, shoots the malefactors, unceremoniously cremates the dead and orders-up massive amounts of brute force credit to keep the wheels of the Red Ponzi turning.

Here’s the thing. We will get to the impotence of central bankers below, but where in the world is the evidence that heavily centralized economic dictatorships can foster and sustain permanent prosperity? And especially in the case of a debt-entombed freak of history, which is now more than ever rooted in the cult of the infallible and all-powerful Great Leader?

And believe us, that’s exactly how the Red Ponzi is rolling these days as the coronavirus tightens its grip. The state controlled media has deified Xi as the veritable savior who will single-handedly deliver the nation from the pandemic’s clutches:

People’s Daily front page editorial said the battle against the coronavirus is a “people’s war”, and as long as the great Chinese people “more closely rally around the CCP with comrade Xi Jinping as the core”, they will be able to win this war.

Xinhua summarizes Xi’s orders on controlling the virus outbreak, again saying that Xi “has been personally directing, and personally planning 亲自指挥、亲自部署” everything on this matter. And thanks to his efforts things are done effectively and orderly.

Hubei party secretary Jiang Chaoliang, a former top banking executive, said in a press conference that the Hubei government will “deeply reflect” on their performance controlling the virus outbreak, so to learn the lessons, as instructed by Xi Jinping…..etc. etc.

Indeed, it puts you in mind of exactly 54 years ago (1966), when after being cloistered for months plotting to regain control of China, Chairman Mao returned to duty by taking a record breaking swim—allegedly 15 kilometers in a mere 65 minutes—at the Wuhan Bridge on the Yangtze River.

The message was that if the aging Chairman could conquer the mighty Yangtze, surely the nation could brave the economic and political storms then raging and overcome the adversities that had attended the failure of the Great Leap Forward and the tens of millions of famine deaths which stalked the land as a consequence.

But as a reminder that the Great Man is not always right, after Mao completed his legendary swim in Wuhan he launched the even more catastrophic Cultural Revolution—-even though his swimming speed record holds to this very day! 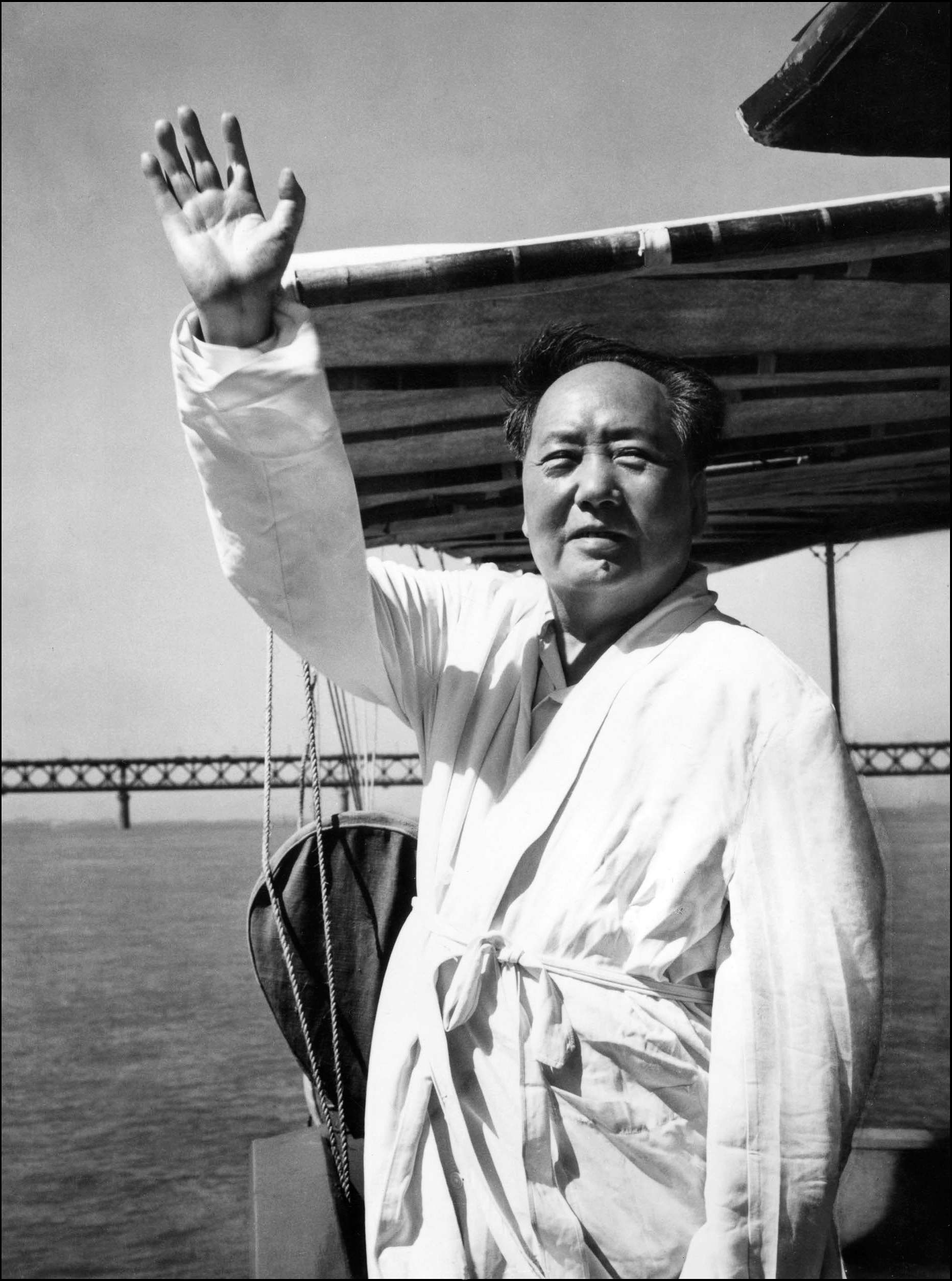 At least in the more incredulous times of 1966, the world let out a large guffaw with respect to the CCP Chairman’s alleged feat. But not those of the present CCP Chairman.

The Great Helmsman and world historic killer’s heir and assign, Xi Jinping, is actually feted by the assembled billionaires and financial grifters at Davos and heralded on Wall Street as the genius who can make the trains run on time and GDP to grow quarter-after-quarter-after-quarter with uncanny predictability and regularity.

Indeed, no even quasi-capitalist economy in all of recorded history has ever posted results remotely like those below. Yet the purported capitalists of Wall Street assume that global growth will never, ever falter because coronavirus or no, Chairman Xi will keep the growth engine of the world economy chugging with Swiss-watch like reliability.

Then again, if you believe this chart, you are probably buying the dips, or maybe even already own your very own Florida swampland.  At some point, credulity has no antidote.

Needless to say, the same state apparatchiks who confected the above simulacrum of a GDP chart are now busy flooding the world with propaganda and misdirection about China’s alleged herculean efforts to vanquish the 2019-nCoV.

For example, stunts like building a prefabricated prison/tomb-like “hospital” in 10 days in Wuhan are supposed to be evidence of Xi’s absolute power to stop the pandemic cold and right the ship of state.

But actually the current tsunami of credit and commands emanating from Beijing will only accelerate the Red Ponzi’s eventual rendezvous with entropic decay and dissolution. You simply can subject a people or economy to this kind of unrelenting flow of centrally-directed credit and command and expect a stable, sustainable and low error outcome.

That’s the real reason why reasonably free markets are not optional, and roughly honest monies are essential. 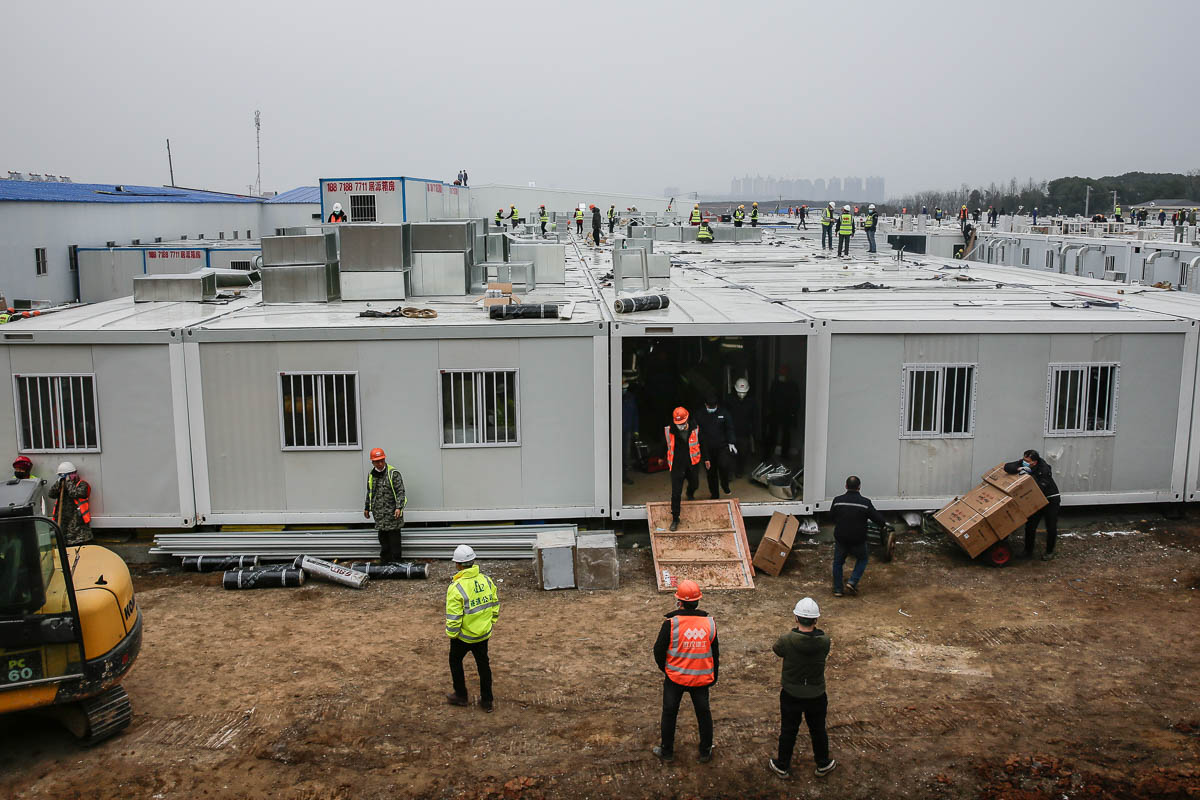 Of course, the fact that China is not the marvel of reliability and relentless growth that it is cracked-up to be has dire implications for the rest of the planet.

For instance, China consumes more than 58% of the world’s $360 billion semiconductor supply because it is the computer-age gadget assembly shop of the global economy. And, by your way, that figure was just 18% back in 2003 when the far less virulent SARS episode occurred.

So if the Red Ponzi finally reaches its breakdown point, we are not talking just about its 19% share of global GDP. We are talking, actually, about a horrendous potential disruption of the entire supply of digital age gadgets and goods upon which the world vitally depends.

Needless, to say, the Fed and other developed world central banks have even less power to foster sustainable prosperity than even Chairman Xi.

These get totted up into GDP in Keynesian fashion, even if the embedded debt and malinvestment results in the eventual diminution of wealth, not its expansion.

But the central banks in the US, Japan and Europe have been printing money so egregiously for so long— they no long have any measureable impact on main street output and growth.

Since Madman Mario Draghi attempted ostentatiously for eight long years to defy the laws of sound money until his recent retirement from the ECB, we leave it to his “whatever it takes” demarche to speak for itself.

That is, during the last six years of his tenure, the balance sheet of the ECB (brown line) more than doubled, while the rate of real GDP growth (purple line) crept along at a pedestrian 1.8% per annum, and in the most recent two quarters has petered out almost entirely (0.7% annual rate).

Indeed, during the six years before the ECB got seriously cranking after 2001, the eurozone real growth rate clocked in at 2.8% with no Draghi-style money-pumping by the ECB at all.

So, yes, the hope for central bank supplied “resilience” lives eternal in the fevered trading precincts of Wall Street.

But when the Red Ponzi finally splatters all over the global economy which it animates and upon which global supply chains are anchored, resilience will not be among the economic attributes ascribed to today’s inexhaustibly foolish central bankers.