They truly don’t come any stupider than Jerome Powell. For years he blathered on about Lowflation, calling it the #1 problem facing the central bank. But as former Fed Governor Kevin Walsh cogently pointed out,

Inflation is a choice. It’s a choice for which the Fed is chiefly responsible. The risk of an inflationary spiral arises when policy makers first dismiss the problem and then cast blame elsewhere. Inflation becomes embedded in the price-formation process when the central bank acts belatedly or with insufficient conviction. To date, the Fed has acted as an enabler.

Chairman Jerome Powell called low inflation—which averaged 1.7% in the prior decade, a mere 0.3 point below the Fed’s target—the pre-eminent economic challenge of our time. So the Fed bet on a new policy regime to get inflation higher. It worked. It’s not the first time a central bank wanted a little more inflation and got a lot more.

Even by the lights of the Fed’s favorite sawed-off inflation ruler, the PCE deflator, no such “challenge” ever existed. If you examine the part of domestic inflation—services—that the Fed could have reasonably impacted, the deflator rose by 2.36% per annum between Q1 2012, when the Fed officially embraced its 2.00% inflation target, and Q4 2019, the last quarter before the Covid-Lockdown disruption.

So exactly how would that amount to “lowflation”, even if the 2.00% target were valid and constructive, which it most assuredly is not?

What JayPo and his gang actually suffered from during those extended years of inflation denial was simply obstinate refusal to acknowledge that the purportedly lowish 1.7% average PCE deflator rate cited by Walsh was a complete artifact of an unsustainable and wildly aberrational one-time plunge in global durable goods prices. The latter, in turn, represented something totally new under the sun—-a 25 year deflationary wave in durable goods compliments of cheap labor drained from the rice paddies of China and the maneuvers of currency-pegging officialdom in Beijing.

Moreover, throw-in an additional dollop of hedonics magic from the BLS green eye shades with respect the price of cars, appliances and other consumer goods and you had essentially the impossible: Namely, a 40% decline in the PCE deflator for durable goods over the stretch of time from Q1 1995, when China’s shiny new export factories got cranking in volume, to the Q4 2019 pre-Covid peak.

That amounted to a -2.00% pre annum price drop for PCE-durables year-in-and-year-out as dramatized by the chart below. As a statistical matter, those relentless red bars thrusting below the zero line accounted for the entirety and then some of the alleged shortfall of the overall PCE deflator below the 2.00% target.

So did our inflation-goosing Fed heads ever look at this chart and scratch their heads about its relevance to their so-called mandates? Were they really supposed to look a gift-horse in the mouth by attempting to off-set the obvious benefit to American consumers of this one-time windfall embodied in the China-driven (and subsidized) deflation of global prices for durable goods?

For crying out loud. Did they even have the tools to remedy the matter?

For instance, how could absurdly low domestic U.S. interest rates—-which generated massive inflation of financial wealth on Wall Street—actually have the power to levitate wage rates among the 1.0 million plus workers packed into the Foxconn dorms at night and making iPhones at comparatively meager pay otherwise; and for that matter, among the rest of China’s 800 million industrial work force, as well?

Likewise, when the Fed jammed interest rates to the floorboards, did that not enable the People’s Bank of China to do the same in the yuan loan markets? And did that not insure an endless flow of ultra-cheap loan capital into the industrial maw of the Chinese economy, thereby cutting production costs sharply and further driving global prices of durable goods even lower?

And then, of course, there was auto transaction prices rising steadily higher after the late 1990s on US dealer lots, even as the BLS index for new cars remained flatter than a board. This screaming disconnect on auto prices, of course, was due to the BLS’ hedonic adjustments that turned rising prices recorded on sales documents into flat prices reflected in the BLS indices.

In effect, therefore, inflation-chasing central bankers foolishly presumed that zero interest rates and massive bond buying would counter-act the downward hedonic adjustments embedded in the BLS auto index. But that’s just damn nonsense. If the government in its wisdom wants arbitrary adjustments for quality change—both for better and worse—in its official price indices, then central bankers should adjust their own targets for the same; or, better still, dispense with the foolishness of inflation targeting in the first place.

In any event, these considerations put the lie to the entire lowflation mantra. Nothing but nothing the Fed was doing to achieve its inflation goals had a snowball’s chance in the hot place of altering the outcome shown in the chart below for durable goods over the one-time deflation era between 1995-2019.

Worse still, anyone thinking about the matter would not take long to conclude that nothing could and should be done about the deflationary wave from durable goods coming out of China and its global supply chain. It was an economic mulligan complements of the Chicoms to be pocketed by American households without further ado from the central bank.

At the end of the day, this chart shows you why the Keynesian who run the Federal Reserve are so dangerous. If they couldn’t see this screaming aberration which persisted for the better part of a quarter century, what is it about the composition and driving forces fueling today’s surging inflation that they would understand?

And most especially, how about the soaring red bars on the far right hand margin, where the year-over-year gain for PCE-durables has dramatically reserved course and now stands nearly 7.3% higher than a year ago.

That is to say, the great China-driven durables deflation is over and done owing to the fact that China has finally drained its rice paddies of cheap labor and now actually sports a labor force that has been steadily shrinking since 2015 and will do so at an accelerating rate in the several decades ahead as Mao’s last gift to China—his ill-conceived one-child policy—casts its long demographic shadow over the Red Ponzi’s shrinking economic future. And that gets us to today’s Fed post-meeting announcements. As the Wall Street Journal described it:

Officials last year set out two tests for the economy to meet before they would raise interest rates. First, officials said they wanted to be sure inflation wouldn’t drop below 2%, a goal that for the first time Wednesday they said had been met.

The truth is, the 2.00% goal has never been unmet—-even when you give full credit to the deep one-time deflation of global durable goods documented above. As we have often insisted, the 16% trimmed mean CPI is a far better inflation index than the PCE deflator, and the data leaves no doubt that since both the turn of the century and the January 2012 official embrace of 2.00% inflation targeting, there simply has been no inflation shortfall whatsoever.

That’s about as steady as you please, and its based on 21 years of comprehensive CPI data, with only the 8% high and low items thrown out each month. The truth is, if the Fed heads weren’t looking for an excuse to keep their printing presses running read hot they would have declared victory on their spurious 2.00% inflation goal long ago.

They also would have fest-up about the impossibility and irrelevance of inflation-targeting. The fact is, any and all versions of the CPI and the PCE deflator are such crude approximations of real world inflation as to be utterly unfit for monetary policy purpose.

Here is just one tiny example of why. If you look hurriedly at the “Very Berry Cheerios” boxes shown below, you might even casually concluded that the right hand version is a better bargain than the left.

There is actually 11.1 ounces of Cheerios in the first box compared to 10.9 ounces in the second one. To be sure, that amounts to only a 1.6% difference in product content, but multiply that by tens of thousands of times for all the like and similar size, weight, quality, convenience, durability etc. differences on the grocery store shelves, and it is evident that apples-to-apples price changes over time is damn nigh impossible to specify, track and compute.

In that context, the idea that a mere 0.3% per annum shortfall from target over a decade, as highlighted by Kevin Walsh above, is the greatest monetary policy challenge of present times is simply preposterous.

To the contrary, it’s a measure of the monetary trivial pursuits that now pass for central banking. Powell’s doubling-talking, hair-splitting presser today was just one more case in point. 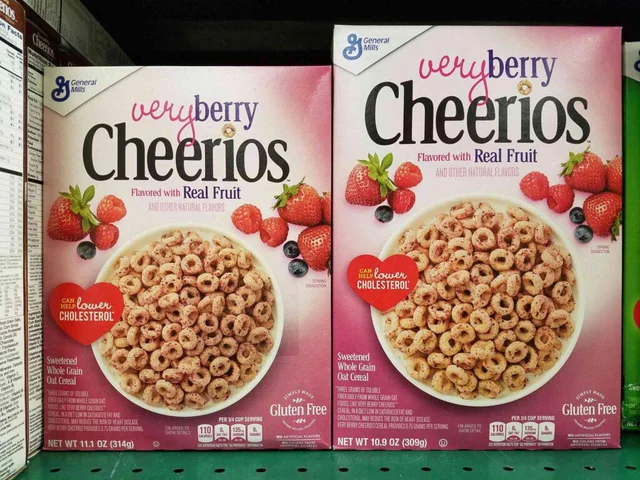