Today we bring more evidence from the pictures are worth a thousand words department.

Here is Japan’s prime minister all bedecked in corona-fighting garb telling his parliament why it needs to pass a $240 billion bailout bill providing $1,000 to every man, woman and child on the Japanese archipelago.

The sense of crisis is palpable. 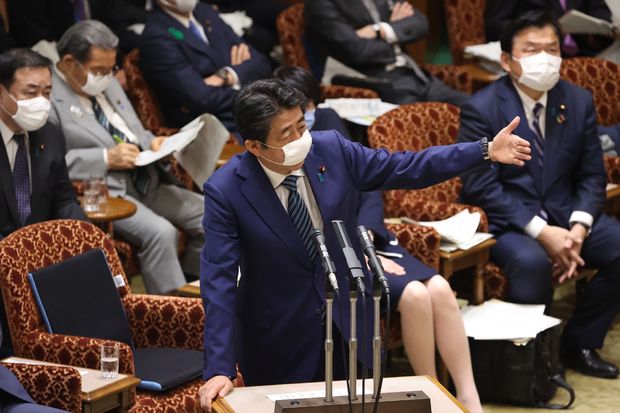 Alas, the crisis Mr. Abe is addressing is his own plummeting political fortunes, not the Covid-19. In normally complaisant Japan, Abe’s disapproval/approval gap is nearly unprecedented in recent times.

So donning a Covid-mask in order to procure some walking around money from Japan’s debt-entombed Treasury apparently seemed like a timely way to attack the slippage captured below.

As to the Covid-crisis, Japan doesn’t really have one.