As the Nikkei explains, the central bank began considering ETF lending in April “as part of a plan to improve the sustainability of its asset-buying, which has distorted markets due to its sheer scale.” With its ETF holdings of 28.9 trillion yen ($266 billion) as of March 31, which amount to nearly 80% of the entire ETF market, the BOJ is on track to surpass the world’s largest pension fund, the Government Pension Investment Fund, as the top holder of Tokyo-listed stocks as early as next year. 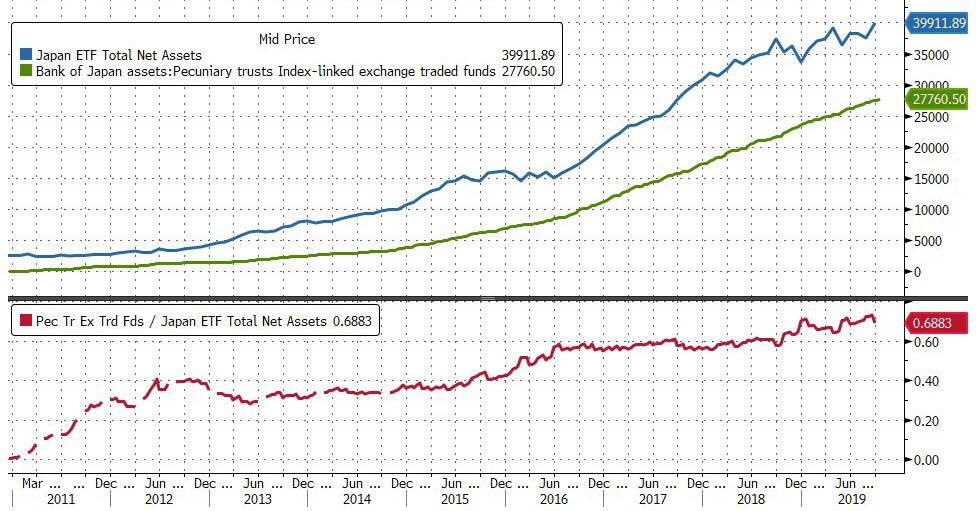