The report took each OECD country’s population between the ages of 20 and 64 in the year 2000 as a base and was able to project the 2050 population. What they discovered was the working class population by 2050 would be 80% of its base year in Korea and Italy. In Japan, the workforce population would be much worse, approximately 60% of its original size. 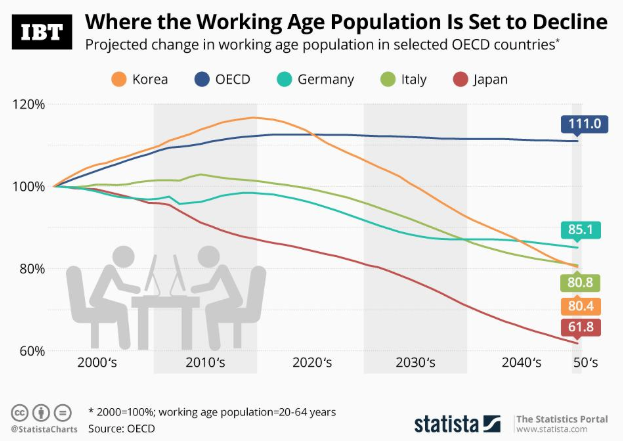